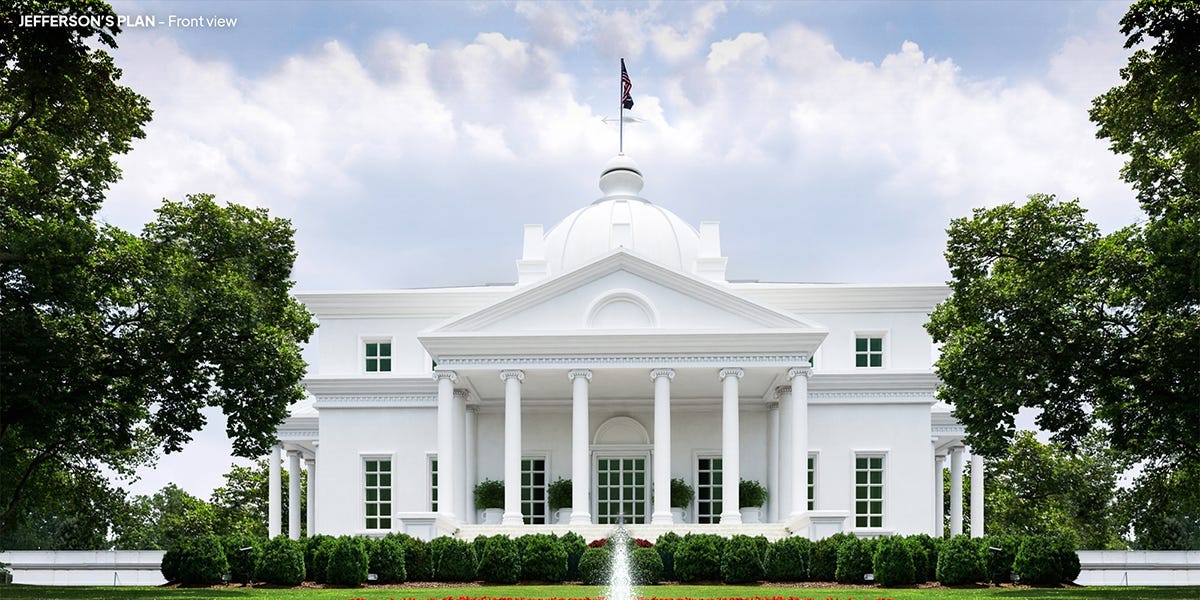 The pristine white neoclassical mansion at 1600 Pennsylvania Avenue in the heart of the nation’s capital is one of the most recognizable buildings in the world.

But the sacred seat of American politics and power could have been completely different.

The design for the White House was chosen in a public design competition launched by the country’s first president, George Washington, in 1792, prompting famous architects and imaginative hobbyists to create plans for a presidential house that could compete. with the lush palaces of Europe.

While the familiar design of Irish-born architect James Hoban was the ultimate winner, everyone from a former British soldier to future President Thomas Jefferson played a role in architectural fame.

Today, the Maryland Center for History and Culture has partnered with HouseFees to recreate the never-before-seen entries, creating a set of digital renderings that offer a glimpse of what could have been.